The controversy surrounding kratom brings more attention to this plant than it warrants; from both its physical and mental effects.

As the popularity of the plant continues to rise, it’s important you get the facts around kratom. Like where it came from and its side effects.

Read below to learn more about Kratom and what you need to know before considering this herb for yourself.

Kratom is actually a tree indigenous to Southeast Asia, the Philippines, and New Guinea. Some of the earliest mentions of the tree are from the Dutch Colonial botanist, Pieter Korthals; when he labeled the plant Mitragyna speciosa.

Although there’s no documentation on how far back Southeast Asians were actually using the plant, we can speculate that it could be at least a couple hundred years. What we do know is that they would chew the leaves from the kratom tree to treat various issues. These issues include bone pain, decreased energy, low sexual desire, and as a poultice for open wounds.

Manual laborers were the biggest proponents of using kratom to help give them more energy and ease discomfort. Kratom is actually from the same family as the coffee plant and may have stimulating or soothing effects.

Because kratom has remained relatively controversial in western countries, the substance hasn’t been thoroughly testest to qualify it for FDA approval.

That’s not to say you won’t be able to find premium kratom in different forms online.

Kratom has become increasingly popular as an alternative therapy to ease day-to-day pain or boost one’s mood. Much like how CBD supplements have become popular in place of psychoactive stimulants.

The effects of the plant will depend on the amount used and the strain you are using.

Usually, lower amounts of kratom have more of a stimulant effect. While larger doses can bring mood enhancement as well as analgesic effects. Larger amounts can lead to feeling more confident, increased relaxation, and increased self-worth.

Not everyone in western regions uses kratom to ease discomfort. In 2016, the DEA recognized this trend by announcing its intent to list the plant as a Schedule 1 drug. This caused a large backlash from the community. This leads to the DEA backtracking to look further into the effects of kratom.

When something is classified as a Schedule 1 substance it means the DEA has found it to have a high addiction abuse potential with no medicinal use. Most users of kratom enjoy it for its ability to bring a more holistic wellness practice into their lives.

Several U.S. states have deemed the plant illegal even though there has been no official word at the federal level. Using kratom while consuming things like alcohol or medication may increase the chances of experiencing negative effects.

Until more clinical studies are done on the use of kratom there will always be a controversy surrounding it. However, clinical studies can’t be performed if the substance isn’t recognized as having some type of medicinal benefit. Without this researchers can’t acquire the funding necessary to conduct the studies.

This leaves more opportunities for the U.S. government, and other western governments, to classify kratom as a harmful substance to the people who use it.

Another problem that arises from the lack of scientific data is the regulation of what is being put inside kratom products.

Since manufacturers don’t have to abide by any specific rules, the production of the leaves differs from company to company. This leaves unreliable potency levels and a lack of consistency from product to product.

New attention is also put on the marketing tactics kratom companies use to sell their products. Often inaccurate claims and data are presented as part of its positive effects for everyone.

This misinformation has led the government to crack down on what can be said about using kratom and its side effects.

Both the inconsistency of products available and the lack of truthful information in marketing campaigns have led to continued controversy over whether or not kratom should be allowed in major markets.

Unfortunately, some still believe it should be listed as a Schedule 1 substance and deemed illegal for use in the U.S.; at least at the federal level.

Even though responsible use of kratom has shown throughout centuries that it can have a positive effect on users, governments still need more clinical information.

Until there are more scientific studies there may always be a controversy surrounding kratom use. However, talking to those who have experienced the many positive effects the herb offers is very eye-opening, and more people are giving this natural solution a try. 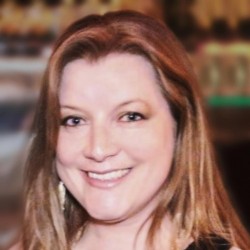 Tess DiNapoli
Tess DiNapoli is an artist, freelance writer, and content strategist. She has a passion for yoga and often writes about health and wellness, but also enjoys covering the fashion industry and world of fitness.